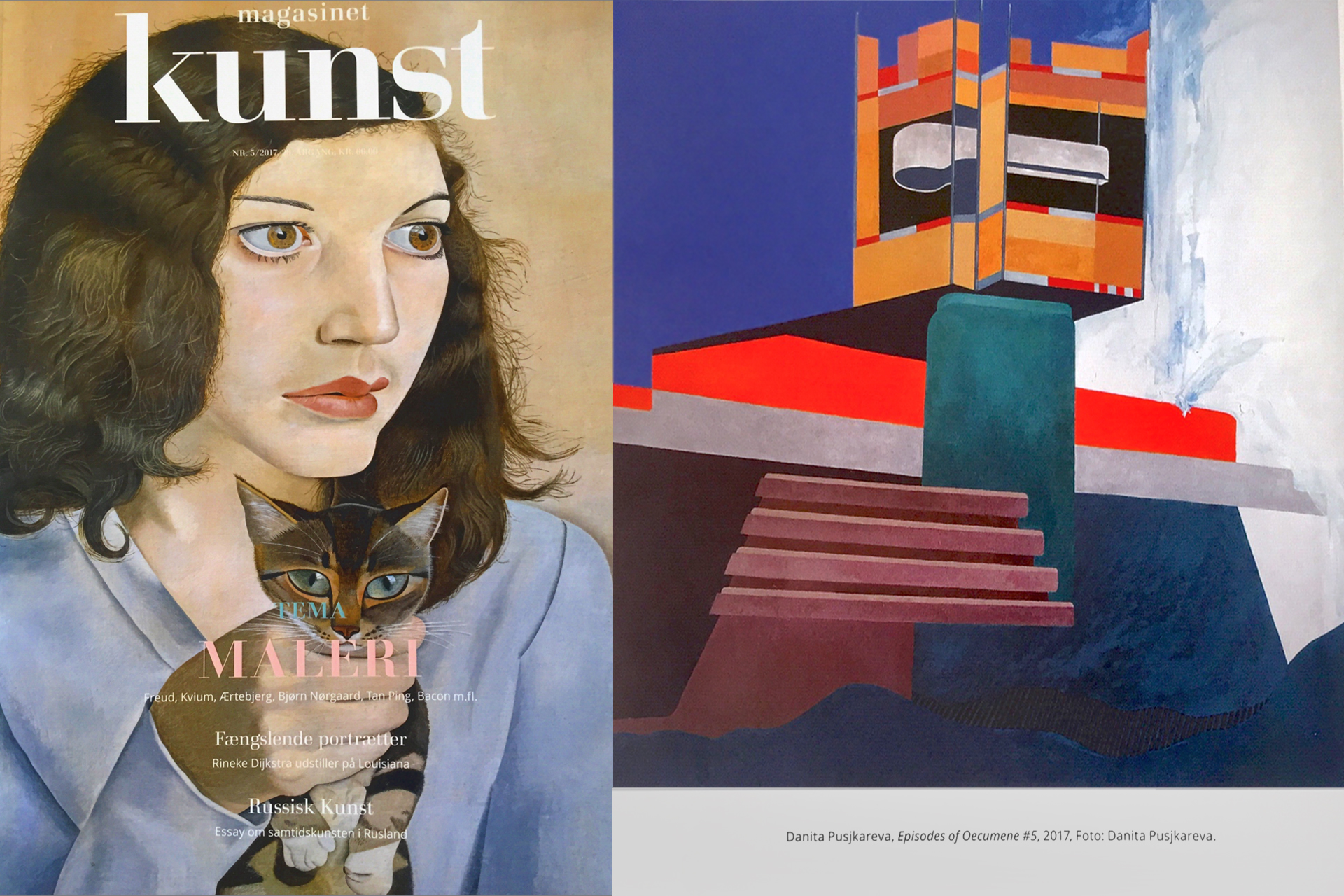 I was born in the south of Russia, in the city of Krasnodar. This is the Soviet name of the city (translated as "red gift"), but originally the name was dedicated to the Empress Catherine II and it was called Ekaterinodar. As you can see, the second part of the word "gift" has not changed, as historically this area was gifted to the Cossacks by the Russian Empress Catherine II in 1792. It is a southern fertile land where large harvests of bread, vegetables, fruits were always gathered and sent to the northern regions, including Moscow. It is a very bright, sunny land, with contrasts of light and shade. It is situated near the shore of the warm Black Sea. Ethnically it is a mixed territory, home to Russians, Ukrainians, natives of the North Caucasus, Tatars and a special ethnos of Russian Cossacks. The Cossacks adhere to archaic traditional rules and have always constituted the guard units of the Russian army, as well as being skilled riders and heirs to a well-known folk song tradition.

In Soviet times, art education in Russia was built as a unified system based on academic painting and drawing. I graduated at the graphic arts department of the Kuban State University and I am well versed in the techniques of academic painting and drawing. However, as a young artist, I was interested in everything contemporary, although we had very little information about Western art. The art history taught at the university ended at the 20s-30s, which only slightly included the Soviet avant-garde, the Bauhaus, as well as the early history of French modernism, which, thanks to the collection of Sergei Shchukin and Ivan Morozov, was represented in Moscow and St. Petersburg museums and therefore was known in Russia. Krasnodar, like any major Russian city, also has an art museum, but it focuses on academic painting and Soviet social realism. Therefore, even though I had skills in painting, this technique did not seem to me to be associated with anything new and modern.

I looked for ideas in new technologies, for example, I found a very good teacher in Krasnodar for modern photography, and for several years I worked on my own conceptual photo projects. Fortunately, at that time, the Internet became available and the possibility of exploring foreign sources opened up. Naturally, the Russian content of the Internet grew quickly, so I found people and institutions inside Russia that were doing what I was interested in. In particular, I found the Fotodepartament Institute in St. Petersburg, where we studied photography, contemporary art, contemporary Western philosophy, and did educational creative projects. The classes were conducted online via Skype, but several times a year I travelled to St Petersburg, where in addition to meetings at the school I had the opportunity to see exhibitions in museums and galleries. My exhibition activities as an artist began as part of a creative group of young artists in St Petersburg and Moscow. We travelled and had exhibitions in other cities. As a result, I moved to St Petersburg, where I now live permanently.

Continuing my education, I went to St Petersburg State University, where I studied at the Bard College Russian-American Master's program "Curatorial studies", which based on the theory and practice of creating exhibition projects. That is, I am not only an artist, but also an art critic and acting curator. As a curator, I participated in the St. Petersburg Baltic Biennale and the International Media Poetry Festival.

My portfolio includes works made in various techniques - conceptual projects based on large format photography, video installations, sculpture and objects. In addition to my interest in contemporary art, I have studied psychology and psychoanalysis professionally, studying the psychology of creativity. I am also interested in history, in family archives, and in the tumultuous events taking place in Russia today.

One of the last projects I worked on, "Episodes оf Oecumene", brought me back to painting. The project summarized my thoughts on the Soviet futurology of the 60s. Images of a "bright future", closely linked to flights into space and the success of industrial development, were very popular at that time, including in the visual arts. Many visual fantasies remain from that time, which today are interesting to examine and analyze. It should be noted that these ideas of social utopia concerned not only Soviet Russia, but were also widespread throughout Europe in the post-war period. As a legacy of this time, Russia, Poland, Bulgaria, East Germany, France, Turkey, and other countries were left with interesting examples of public architecture, which by the beginning of the new century had been recognized as a utopian project. This demise of Utopia is what made me to use this concept in my newest painting series.

What I draw is the kind of post-industrial futurological landscapes in which you can sometimes find elements from real life. Moreover, it is not just Soviet industrial ruins, of which there are many in Russia, but also impressions from films and literature, where the theme of the industrial post-apocalypse sounds acute. I blur the boundary between reality and fantasy, distorting the visual perception of perspective. But there is no horror and depression in my landscapes, rather architecture and some fragments of engineering structures that were clearly man-made, but have already dissolved and been absorbed by time and nature. Therefore, quite often I see in the architecture, which encounter during my travels not only a futuristic aesthetic, but also its own future. I found several such objects on a trip to Copenhagen as well. Now these images have become part of my painting project. I do not know if you can recognize them, but, for example, I really liked the Langebro Bridge towers and the Inderhavnsbroen Bridge. I have depicted these bridges in paintings "Episodes оf Oecumene #5" and "Episodes оf #6".

Contemporary art is now relevant not in the mastery of craftsmanship, but in whether it answers the question "What is art?" in each artist's work. In addition, no matter what kind of research practices the artist immerses himself or herself in contemporary art. In my master's thesis, I explored the relationship between image and text and how relevant this relationship is nowadays. We live in an overloaded information society where an enormous amount of visual material consumes all human attention. Therefore, it is important to understand the role art, as a visual tool, plays in this process. Aggressive visual advertising creates an image of illusory "truthfulness" which the consumer often already perceives as reality. Therefore, in my painting I explore the issue of this illusiveness, which is why you will not find people in a landscape.

Michel Foucault defines man as a product of his own ideology, imprisoned in language as in a cage. Man cannot know reality, his interpretations are illusions; he is guided by the "will to power". The desire to construct reality by means of language. According to Foucault, knowledge can' t be objective and neutral, because knowledge is a product of power relations: different ideological systems fight for the "power of interpretations" and impose their language and, consequently, their thinking on individuals, for example, with the help of the media and propaganda discourses. In Russia, consumerism, advertising and propaganda make up a rather nuclear mix, where new space technology and orthodoxy mix. Like any thinking artist, I have to maintain a critical meta-position and analyze the system of power relations in order to exist within it without parasitizing on consumerist ideology.